Immerse yourself in medieval culture at the heart of the Dordogne valley. Perched on a hill, the castle of Castelnaud tells you his stories seats and swords, while enjoying an incomparable view over the valley below

Built in the 13th century, Castelnaud Castle is a parchment on which are written centuries of history. First under the ownership of Lord Bernard Casnac Cathar, he then came under the control of Simon de Monfort, and finally the Caumont family will retain until the revolution. You will discover the evolution of architecture and improvements to any castle throughout their lives, to adapt to new siege weapons used over time.
Mainly devoted to the military art of the Middle Ages, the castle of Castelnaud has an impressive array of weapons of war. You have the chance to handle some of the 250 weapons of the castle! Ranging from halberds to full armor through trebuchets, you will discover all aspects of the art of war and chivalry in the Middle Ages. Attention : between arms handlings and demonstrations of trebuchets, your children may well return to Camping La Paille Basse a helmet on his head and a coat of mail on the shoulders!
You can visit the dungeon with his superior, its cuisine and its armory to understand the living conditions of the Time Lords of the Middle Ages! The history of the castle of Castelnaud does not stop in medieval times.
It continued to play a role in many religious wars and the hundred years war that opposed English to French. During the Second World War, another piece of history has been added, when Andre Malraux, stays there for a while.

Will you also part of the eternal history of the castle of Castelnaud? 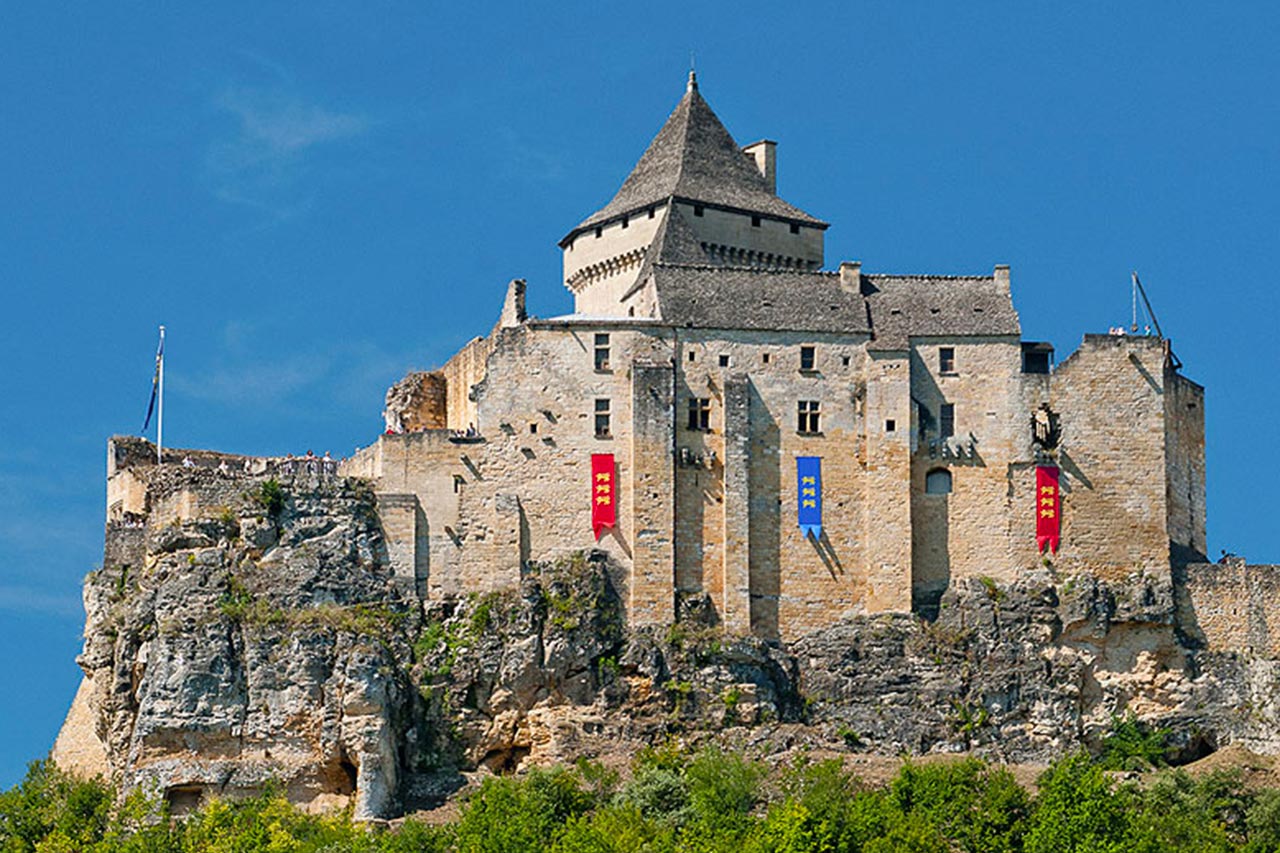 Magnificent viewpoint over the Dordogne, plumb 130m of limestone cliffs bordering the river. The roundness of boxwood sizes, and walkways that crisscross the scene give the Marqueyssac gardens an atmosphere of tranquility and romance.