Founded in the late 13th century by Philip “le Chauve” on top of the cliff, 150m plumb on the river Dordogne. In the pure respect of military architecture, with streets drawn at right angles, this magnificent country house is dominated by a covered market square. Rich in his past, the city has undergone restorations that have been done in the pure respect for tradition and history. Among the events that have helped make Domme a country house with a great historic past since prehistoric times, we note the heroic events of the medieval period and especially the Hundred Years War. The attackers found themselves faced with a confusing military architecture. Witness the ramparts and the door of the towers remained partially intact until today. From the balcony of Domme, a breathtaking panorama of the valley of the Dordogne is offered. Today, Domme is part of the label “most beautiful villages in France”. 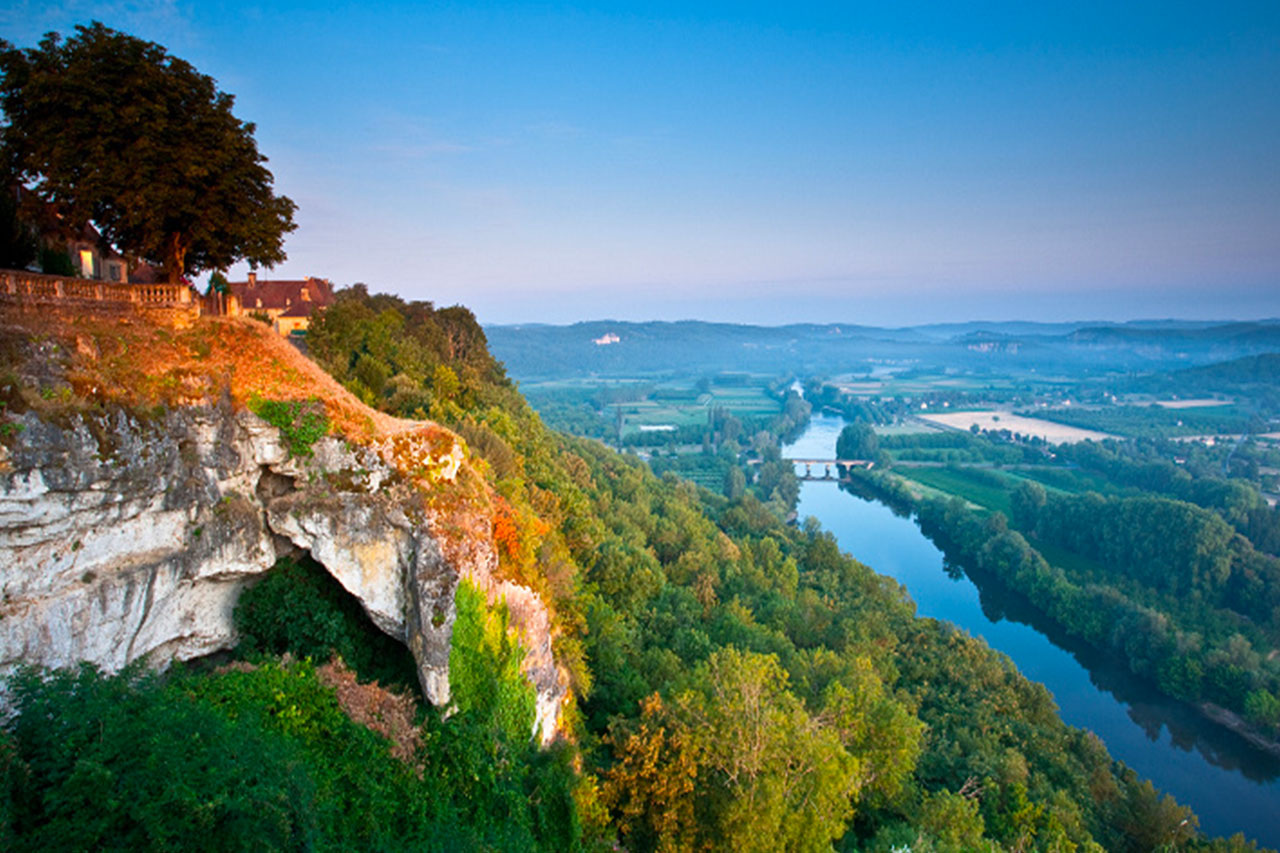